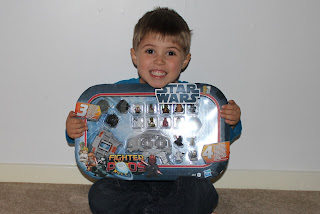 Star Wars Fighter pods series 1 from the makers Hasbro are something I never thought little T would be interested in. My husband is a fan & has fond memories of playing with his Star Wars figures as a child but to me the the thought of having to sit through Star Wars makes me want to turn off the TV. BUT since little T has never seen anything Star Wars I was surprised at how much he has played & enjoyed the Star Wars Fighter Pods. 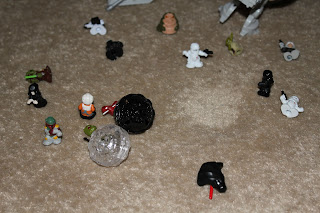 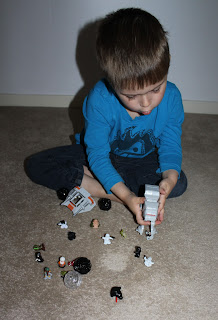 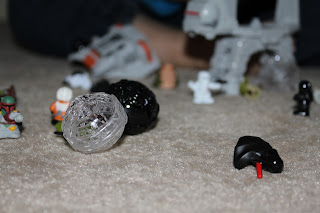 The Star Wars fighter pods offers 3 different ways to play, you can roll the fighter pods, spin the fighter pods or Launch them from the Snowspeeder or AT-AT aiming them at the characters that are stood on the ground. You can put a character inside the fighter pods & they will pop out hopefully knocking more characters down. The aim is to knock them all down and that is all. I caught little T adding his own sound effects when he played with them. He spent well over 1 hour just sat playing with them so I know that he is having fun playing. 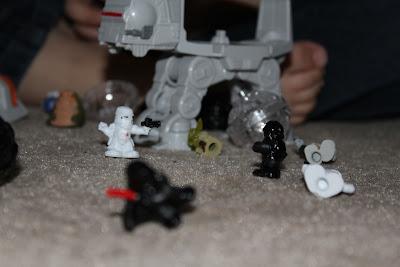 The Star Wars fighter Pods which are suitable for ages 4+ can be bought from Toys R Us for £21.99 which I think is good value for the amount you get, you can also buy the single characters with a fighter pod for just £1.99 which is perfect for children to spend their pocket money on & they can slowly collect them all.