The footballer and his father, Jorge, were handed down a 21-month sentence for tax fraud by a Spanish court but are unlikely to serve time.

Footballer Lionel Messi and his father, Jorge, have each been sentenced to 21 months in jail for tax evasion. 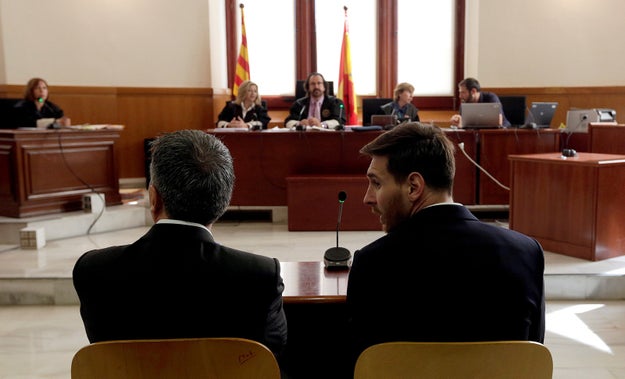 Under Spanish law, prison sentences under two years can be served on probation.

Messi and his father were found guilty of three counts of tax fraud by a court in Barcelona on Wednesday.

In June, a court heard that the pair defrauded the Spanish tax authorities of around €4 million (£3.4 million) over three years. Tax havens in Uruguay and Belize were used to shield money made off the back of Messi’s image.

The court ordered the footballer to repay €1.4 million (£1.7 million), and his father €1.2 million (£1.27 million), after concluding that while Jorge Messi was primarily responsible, his son knew enough about his finances to also be held accountable.

Lionel Messi had maintained throughout the trial he “knew nothing” about his father’s actions, and was only interested in playing football. 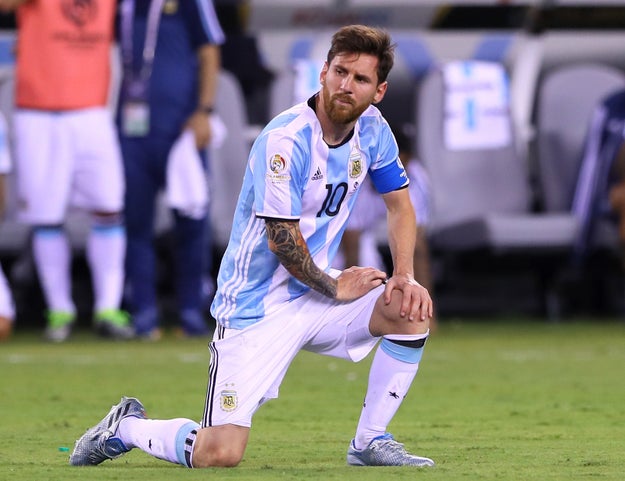 The 29-year-old player, who unexpectedly announced his retirement from international football only last week, said he had never expected any wrong-doing from his father.

Messi made an “upfront” payment of €5 million in August 2013, apparently equivalent to his unpaid taxes.

He remains one of the best-paid sportspeople in the world. Last year, he earned an estimated €70 million (£60 million), according to Forbes.

Messi Probably Won’t Go To Jail, Despite Being Sentenced To 21-Months In Prison